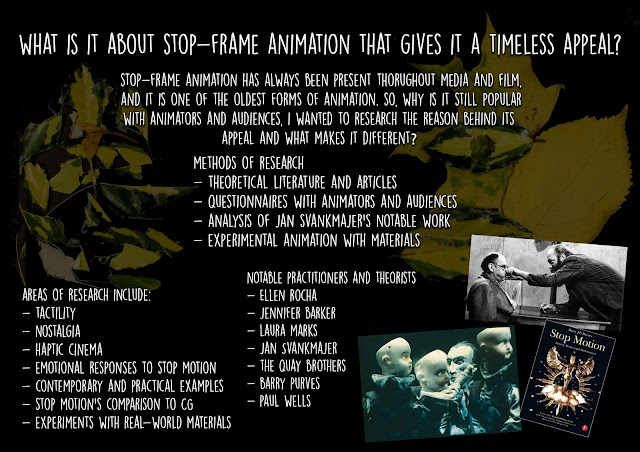 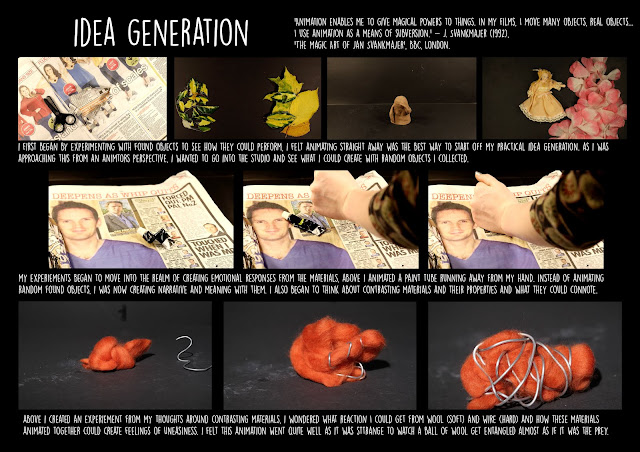 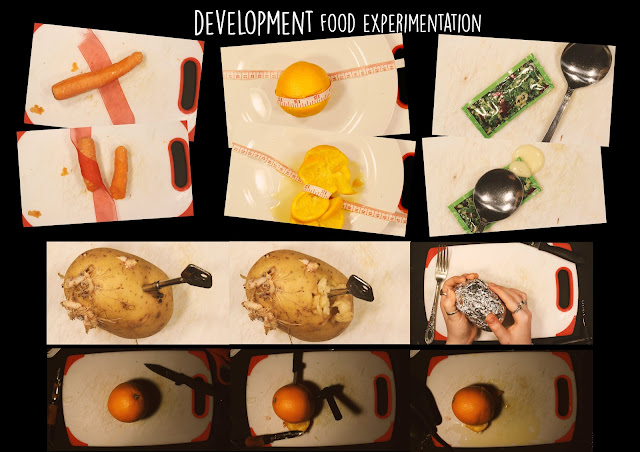 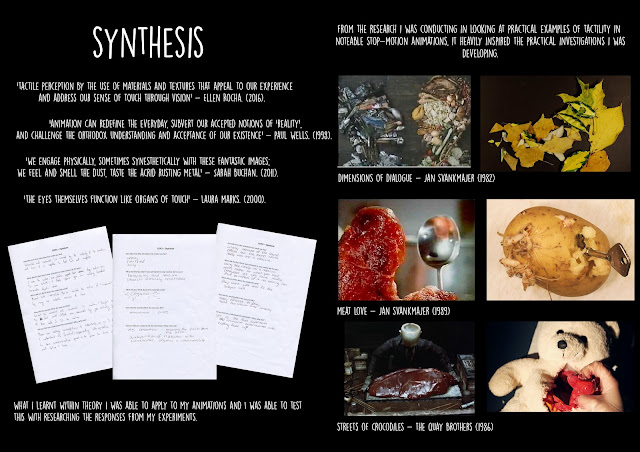 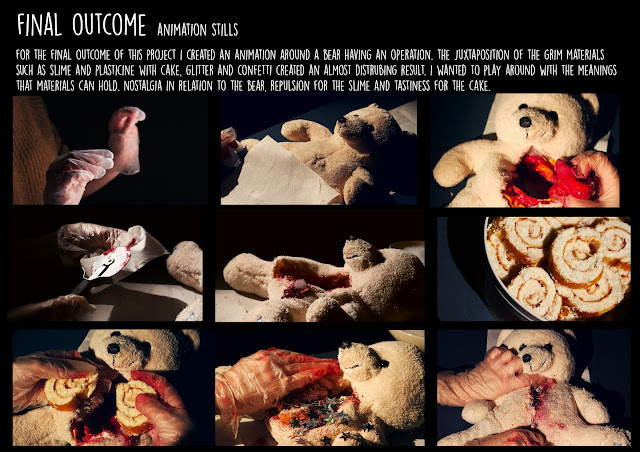 Posted by Stacy Straub at 09:43 No comments:

For the final outcome of this project, I created the above animation.

Overall, I am pleased with the final film and to round off all of the research and development this project has gone through I feel it solidifies everything I have learnt. It was a great experience to animate and work with real-world materials unlike anything I had ever tried before. I was able to expand my skills as an animator by trying out pixilation and seeing what effects I could get from this. I tried to use cinematography, camera angles and lighting to create an eery atmosphere within this animation, and I felt the lighting was something that was very important. As I wanted this main purpose of this animation to be to confuse and twist the meanings behind these materials, I feel like this was achieved.

The use of sound effects within this animation was very important and if I were to expand on the ways that stop-motion can affect audiences, I would start to research further. I felt it was best to combine live-action footage with animation so that it flowed better; inspired by Svankmajer. What I wanted to get out of this project was to have a deeper understanding into tactility in stop-frame, so that I would have a deeper insight into the animation medium that I love.

My weaknesses in the past was failure to experiment with different materials, and instead I would just pick one and stick with it. From this project I can take this experimentation and start to apply it to model builds for Extended Practice, looking at how I can actually use materials to create meaning.

Finally, this animation experience has taught me how to use senses to twist people's emotions and change audience's perspectives. Within this animation I may have focused on more uncomfortable and grimmer ideas, however I could also flip this in future animations to try for more positive reactions.
Posted by Stacy Straub at 08:33 No comments:

For my final animation, I went with my teddy bear operation idea. This animation follows the idea of teddy bears representing nostalgic feelings, the slime and plasticine inside of him is the kind of materials one might find disgusting and then having this replaced with glitter, cake and stars suggests the materials someone might find pretty. Playing with the meanings and connotations of these materials and putting it into a narrative has been very fun and below are some of the pictures I took when animating. 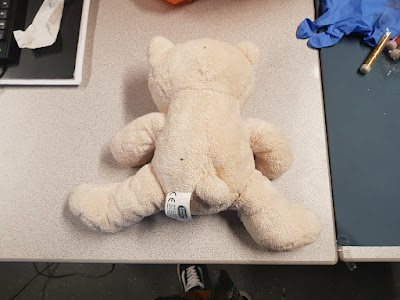 I filled the bear initially from the back and used a plastic carrier bag so the slime I made didn't leak through him onto the table. 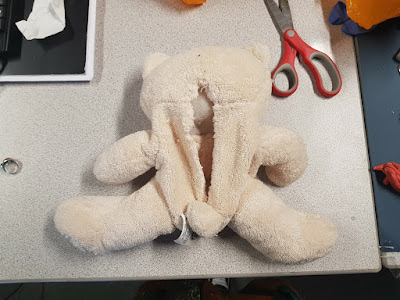 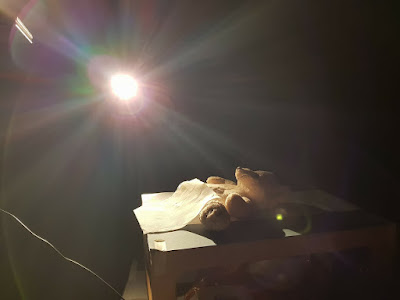 Mr. Bear lying on his operation table, I chose a white bear so that the contrast in materials would be stronger and the red food colouring would be noticeable. 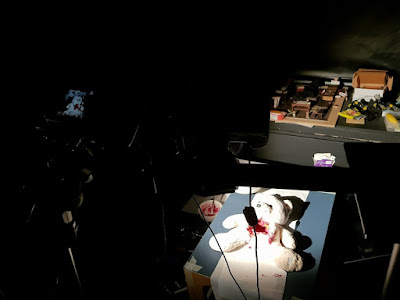 I used a combination of live action and stop motion, so I used two cameras to capture the action. 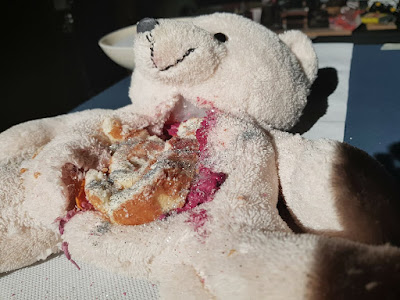 I used cake and glitter to fill the bear afterwards as these are meant to be things we associate with being nice and pretty, and I managed to make it still look quite gross. 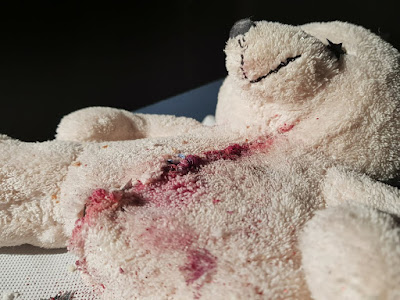 I stitched the bear back together again using stop-motion. 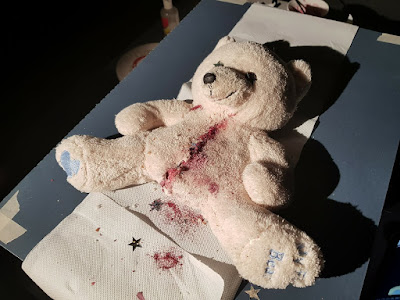 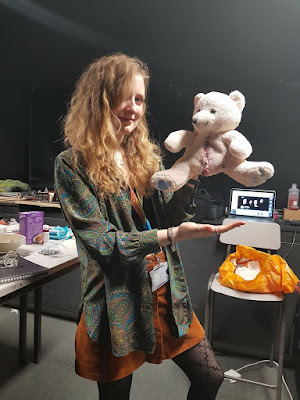 Posted by Stacy Straub at 08:53 No comments:

Here are the storyboards I created for the bear operation, I kept these really simple but wanted to use a variety of camera angles to keep it interesting. 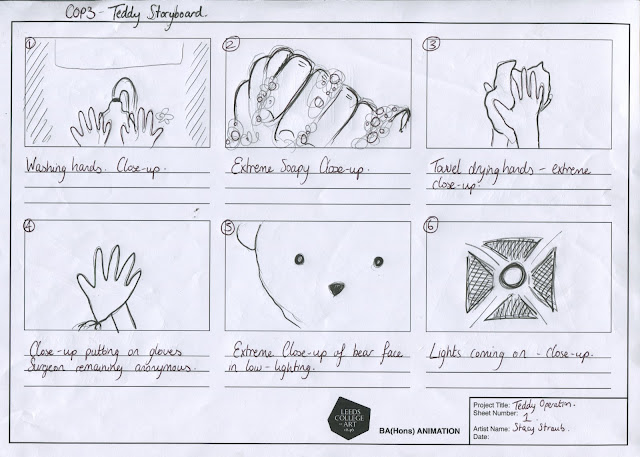 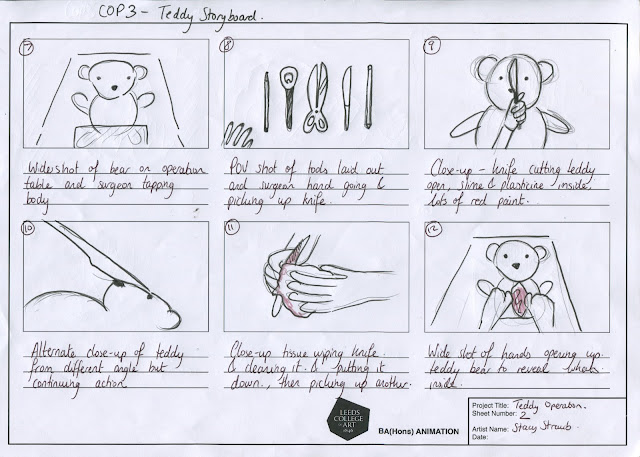 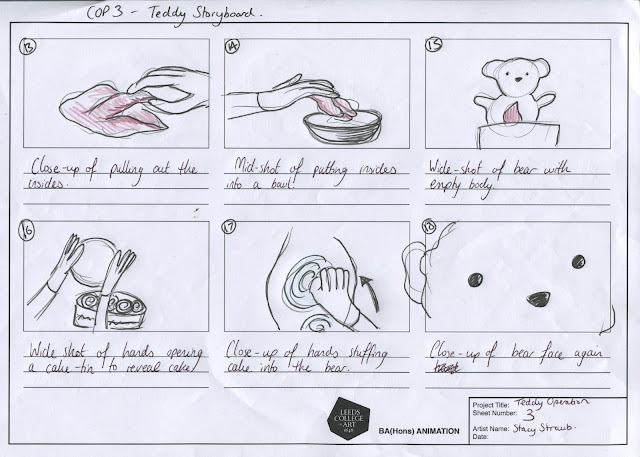 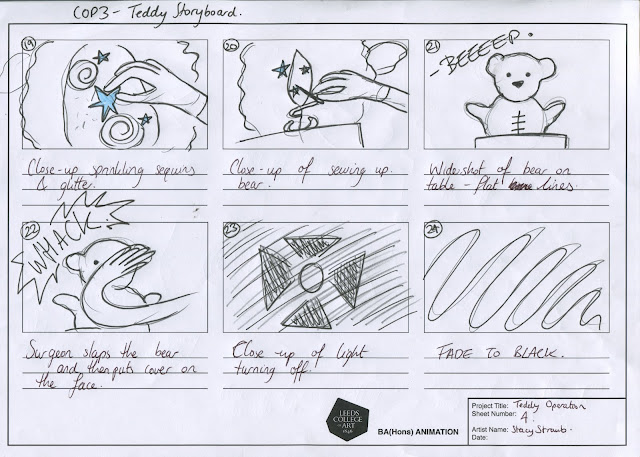 Posted by Stacy Straub at 09:10 No comments:

This was my inspiration for my food experiments, I love how Svankmajer uses his materials and soundscape to encourage his audience to feel a certain way.


Jan Svankmajer - The Death of Stalinism in Bohemia from Rodion Balmashov on Vimeo.

I am also very influenced by this animation above for my next animation, it's great how Svankmajer combines quick live-action footage with his stop-motion animation scenes and they flow perfectly together. I want to use this technique in my final animation for this project.
Posted by Stacy Straub at 09:14 No comments:

I conducted some questionnaires for my food experiment animation before moving onto my final bear operation animation to ensure that I was going down the right route. I was hoping to get some emotional and psychological responses from people watching my animation and below are the responses I got back.

The main response I got from people was that they felt uneasy when watching the food animation. This was a great result as this was the response that I'd have hoped for!

After asking about stop-frame being the medium of choice, people said that it made it more relatable and that it wouldn't have been as effective if it were in a different animation medium. This was another point I wanted to make within this animation as I wanted to create something that could only be achieved in stop-motion, proving it's appeal and difference above other mediums.

I also asked about the materials used and wanted to see if the fact that it was food made any difference to people. The replies I received stated that the fruit reminded them of flesh and that they were very experimentational and different. As this was an experiment in itself, it made me happy to know that others understood this.

The sounds within this animation, although not the main thing I was researching, made people feel even more uncomfortable and they explained that it added to the realism of the animation. It's interesting to see how much sound can make a different in an animation.

Finally, I quickly wanted to see if people understood the animation for what it was; a visceral experience. Most people said that there wasn't much to get as it was abstract and experimental and couple of people started to pick up on the juxtaposition of materials to create effect.

Posted by Stacy Straub at 08:50 No comments:

As part of my development within my practical side to my project, it became about the emotional reactions you can create with the use of materials, so the above animation tries to provoke these. I used food products and interacted them with found objects such as cutlery, a key ect. to see what audiences would think of them and conducted some questionnaires to see the kind of reactions I would get. As my essay focuses on tactility within stop-motion animation I felt it would be interesting to take something such as an orange, which has connotations of being sweet and soft and have it being attacked and pulled apart on screen to create dramatic effect. The responses I got mainly were that people felt uneasy when watching this animation and this suggested that my experiment was a success. I was heavily influenced by Jan Svankmajer's Dimensions of Dialogue, as Svankmajer manages to capture a somewhat disturbing feel within his animations. From creating this animation, it taught me a lot about the importance of sound as this helped to heighten the senses, as well as developing my skills as an animator in animating inanimate objects.
Posted by Stacy Straub at 09:03 No comments: